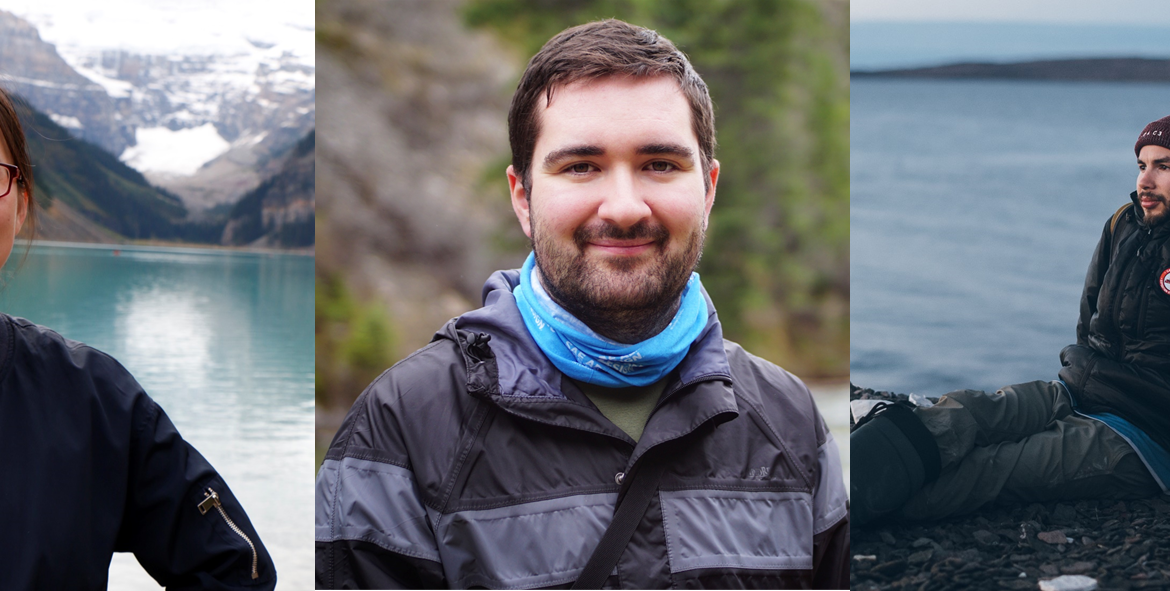 Building on the Foundation’s growth from last year, three grants have once again been awarded to deserving clean energy research projects being undertaken by accomplished graduate students across Canada. This year saw a large number of applications from a diverse range of projects and post-secondary institutions, with almost every province being represented.

The Foundation’s grant advisors, with help from the Foundation Board members, had the challenging task of narrowing the pool of applicants down to the tops candidates and ultimately the recipients of this year’s grants. After a very challenging adjudication process, the Foundation is excited to introduce three awardees: Cong Dong (University of Regina), Ryley McConkey (University of Waterloo) and Christopher White (Dalhousie University). Everyone at the Tyler Lewis Clean Energy Research Foundation is extremely proud to have these three join the ranks of Foundation awardees, as they are not only strong researchers investigating promising clean energy topics, but they also embody the Foundation’s mission beyond their research. An introduction to both award recipients and their research is summarised below.

Cong is an extremely accomplished with an impressive curriculum vitae. Already holding a Bachelor and PhD degrees from Northeast Normal University and North China Electric Power University, respectively, Cong is nor pursuing her second PhD in Engineering at the University of Regina. Cong has over 35 peer-reviewed publications and numerous years of industry experience in the field of clean energy. In addition to her academic and industry endeavours, Cong has volunteered for various organisations in Regina, such as Blue Dot Regina, campaigning and helping to persuade the Regina City Council to adopt renewable development strategies.

Cong’s current work is cross-disciplinary in nature, exploring the integrated energy economics and environmental management dictated by climate change, comprehensively assessing clean energy technologies for Canadian communities. A summary of her work is described below, in her own words:

After receiving a Bachelor of Science in Mechanical Engineering with Distinction from the University of Alberta, Ryley began his Master of Applied Science degree at the University of Waterloo. Ryley has been heavily involved with many extracurricular endeavours in parallel with his strong academic performance, including investigation into heat transfer during robotic welding processes (2nd year) and numerical simulations of airplane wings in ground effect (4th year), receiving the Dean’s Research Award on both occasions. Additionally, Ryley has been the President of a volunteer tutoring group, Senior Design Lead for a remote-controlled aircraft design group.

At the University of Waterloo, Ryley is currently investigating vibration-based wind energy harvesting, described by Ryley as follows:

Recent innovations in the small wind energy sector have led to the development of devices which harvest wind energy due to vortex-induced-vibrations (VIV). These devices are known as bladeless wind turbines (BWTs). An example BWT design by a Spanish company called Vortex Bladeless is shown here:

When air flows past the BWT, an aerodynamic phenomenon known as vortex shedding causes the structure to shake back and forth. This shaking is known as vortex-induced-vibrations. The purpose of BWT technology is not to replace conventional wind turbines, but to access currently untapped wind energy sources. For example, in highly turbulent zones atop a skyscraper, BWT energy generation can benefit from additional forcing due to turbulent fluctuations. BWTs are also almost entirely noiseless, and much less hazardous to wildlife. Taken together, these benefits indicate that BWT technology has the potential to improve public perception of wind-resource exploitation while contributing to reduced dependency on fossil fuels in low-wind regions. However, the relatively low power output from a single BWT means that several BWTs will need to be placed together in a “vibration-based wind energy farm”.
The primary objective of my research is to optimize the performance of an arrangement of BWTs. Maximizing the energy production of such an array requires an understanding of the complex wake interactions, and a method of controlling the BWTs during fluctuating wind conditions. An intelligent controller, trained using machine learning, is well-suited to this task. I am developing a method for simulating the flow fields in a way that can be used to train an artificial neural network using reinforcement learning. Simulations of such systems require a fluid simulation coupled with a vibration simulation. The fluid simulation must correctly capture forces applied to the BWT, and the vibration simulation must accurately capture the response of the BWT. Ryley is developing a computational fluid dynamics training environment that will be used to optimize the performance of the BWT controller under real-world operating conditions. A controller trained within this environment will be able to maximize the power production from BWT technology.

Chris was born and raised in Deer Lake, Newfoundland before moving to Halifax to enrol in the Bachelor of Engineering program at Dalhousie University. Chris has been working in the area of clean energy since his undergraduate degree, where he spent two summers as a research assistant in Dr. Jeff Dahn’s world-renowned lithium-ion battery laboratory (also home to past grant recipient, Leah Ellis). He has also worked on wind and solar energy systems with Seaforth Energy as well as battery technologies with Tesla Motors in California. Chris developed new lead-acid battery charging technologies During his Masters work with Dr. Lukas Swan’s Renewable Energy Storage Laboratory at Dalhousie, leading Chris and Dr. Swan to co-found a start-up company called Charged Engineering Inc. in 2016. Chris also has impressive extra-curricular accomplishments including exploring the arctic coastlines and Inuit communities of Nunavut with the Canada C3 Expedition in 2017, as well as being Chair of the Nova Scotia Environmental Network, a non-profit striving to connect environmental initiatives across the province, engage the public on environmental matters, and provide an interface between grassroots organizations and governments.

Chris’s current PhD work aims to develop sustainable energy storage technologies to support the clean energy transition, through smart control systems for repurposed electric vehicle batteries. An overview of Chris’ research is given below in his own words:

Since we cannot control when the wind blows or when the sun shines, the world’s electricity grids will not be able to rely solely on renewable energy sources unless we combine them with large energy storage systems. Lithium-ion batteries have become the most popular choice for energy storage, but they are still too expensive for widespread use at this large scale. At the same time, electric vehicle usage is growing rapidly, and as millions of these battery-powered vehicles reach end of life in the coming years, millions of lithium-ion batteries will need to be recycled. Instead of immediate recycling, these discarded batteries can last for up to ten more years supporting electricity grids and allowing for increased renewable energy. This is called ‘second life’.
A second-life battery can be purchased at a fraction of the price of a new battery, which helps overcome the cost barrier of large energy storage systems. Beyond the economics, we must not ignore the effects on ecosystems and communities in developing nations as demand increases for raw materials used in clean energy technologies. Second-life batteries offset the need to build new batteries from scratch, reducing the environmental footprint of energy storage. Second-life energy storage is slowly becoming a reality through a number of pilot projects around the world, but this field still requires many technological advancements. For example, since different electric vehicle batteries vary widely in terms of chemistry, shape, size, performance, and cooling system design, the ideal second-life system should be able to include all different battery types.

This is where my PhD research comes in. I have a wide variety of different electric vehicle batteries in the lab, including Tesla, Nissan, Chevrolet, and BMW. I am performing a series of complex experiments with these batteries to identify their different strengths and weaknesses under different electricity grid scenarios. This will allow me to rank the different battery types from best to worst for each scenario and build this information into a smart controller. When a team of these different batteries are connected to the electricity grid in real life, the smart controller will know which batteries should carry the team as the needs of the grid change over time. This smart control system will boost the performance of second-life energy storage and thereby improve the affordability and sustainability of the clean energy transition. 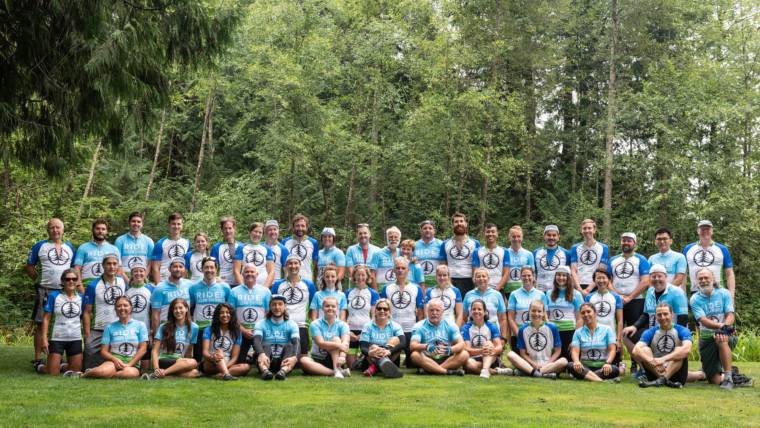